Rest in peace, Sir Michael Atiyah. Many scientists have called Atiyah the best mathematician in Britain since Isaac Newton.

Michael Atiyah, a British mathematician who united mathematics and physics during the 1960s in a way not seen since the days of Isaac Newton, died on Friday. He was 89.

The Royal Society in London, of which he was president in the 1990s, confirmed the death but gave no details. Dr. Atiyah, who was retired, had been an honorary professor in the School of Mathematics at the University of Edinburgh.

Dr. Atiyah, who spent many years at Oxford and Cambridge universities, revealed an unforeseen connection between mathematics and physics through a theorem he proved in collaboration with Isadore Singer, one of the most important mathematicians of the last half of the 20th century.

His work with Dr. Singer, of the Massachusetts Institute of Technology, led to the flowering of string theory and gauge theory as ways to understand the structure and dynamics of the universe, and has provided powerful tools for both mathematicians and theoretical physicists.

According to BBC World News,

Some academics at the annual Indian Science Congress dismissed the findings of Isaac Newton and Albert Einstein.

But experts said remarks at this year’s summit were especially ludicrous.

The 106th Indian Science Congress, which was inaugurated by Prime Minister Narendra Modi, runs from 3-7 January.

The head of a southern Indian university cited an old Hindu text as proof that stem cell research was discovered in India thousands of years ago.

Another scientist from a university in the southern state of Tamil Nadu told conference attendees that Isaac Newton and Albert Einstein were both wrong and that gravitational waves should be renamed “Narendra Modi Waves”. 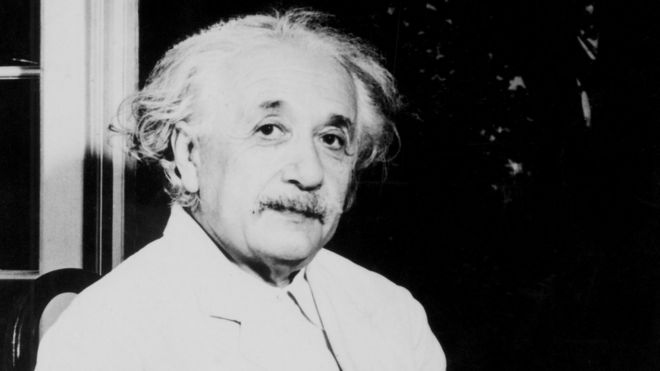 This microscope set will be ideal for gifted children who are interested in biology, or science in general. Learning about the microscope is the first step towards the study of life sciences/medicine/biological sciences.

This set is made and endorsed by National Geographic, a popular science magazine in the US.

Students interested in the fusion of math, science and art may be interested to attend this wonderful event. Note: Pre-registration is needed for your free entry into the Science centre.

The Tinkering Studio @ Science Centre Singapore cordially invites you to interact with John Edmark, inventor, designer and artist who teaches design at Stanford University in Palo Alto, California. His most recent work is a series of animated sculptures called Blooms which endlessly unfolds and animates as it spins beneath a strobe light.

Come join us for this talk where John will share his work with logarithmic spiral structures, Fibonacci numbers, and the Golden Ratio (Ф), and how it all led to his inventing Blooms. His masterful illusions are the results of a marriage between art and mathematics.

Pre-registration is required for your complimentary entry into the Science Centre.

According to Math, no one can live forever. So far, the only counterexample that I know of is Turritopsis dohrnii, also known as the “immortal jellyfish”. The article doesn’t seem to address this counterexample though.

Aging is a natural part of life, but that hasn’t stopped people from embarking on efforts to stop the process.

Unfortunately, perhaps, those attempts are futile, according to University of Arizona researchers who have proved that it’s mathematically impossible to halt aging in multicellular organisms like humans.

Masel and UA postdoctoral researcher Paul Nelson outline their findings on math and aging in a new study titled “Intercellular Competition and Inevitability of Multicellular Aging,” published in Proceedings of the National Academy of Sciences.

Current understanding of the evolution of aging leaves open the possibility that aging could be stopped if only science could figure out a way to make selection between organisms perfect. One way to do that might be to use competition between cells to eliminate poorly functioning “sluggish” cells linked to aging, while keeping other cells intact.

However, the solution isn’t that simple, Masel and Nelson say.

Two things happen to the body on a cellular level as it ages, Nelson explains. One is that cells slow down and start to lose function, like when your hair cells, for example, stop making pigment. The other thing that happens is that some cells crank up their growth rate, which can cause cancer cells to form. As we get older, we all tend, at some point, to develop cancer cells in the body, even if they’re not causing symptoms, the researchers say.

Making a career out of science, just like joining a religious order, requires dedication and discipline. Some tireless souls have managed to do both.

In 1965, Mary Kenneth Keller became the first woman to obtain a PhD in Computer Science. She was also a nun.

Born in Cleveland, Ohio, in 1913, Keller entered the Sisters of Charity of the Blessed Virgin Mary in Dubuque, Iowa, in 1932. Eight years later, she professed her vows, before obtaining B.S. and M.S. degrees in mathematics from DePaul University in Chicago, where she became fascinated by the incipient field of computer science.

As a graduate student, she spent semesters at other schools, including New Hampshire’s Ivy League college Dartmouth, which at that time was not coeducational. For her, however, the school relaxed its policy on gender, and she worked in the computer center, where she contributed to the development of the BASIC programming language that became so instrumental to the early generation of programmers.

To win a place on the increasingly popular computer science degree course at the National University of Singapore (NUS), students need at least two As for their A levels. Next year though, students eyeing a computing degree can be admitted through another route.

They can take up a five-month-long computer programming course at NUS and if they do well, gain fast-track admission into the degree course, even though they may fall short of the required grades.

Does your child complain that science is “boring”? This may be because science is often taught in a boring manner. The solution may be to supplement teaching with hands-on experiments that develop the inner curiosity of the child.

For parents looking to buy an educational toy for their child, here are two recommendations:

For its price, it is one of the most affordable microscopes around. Suitable as a starter microscope for children interested in doing experiments. Suitable for upper primary (Grade 5/6) onwards.

which is probably even better than the microscope in your secondary school / junior college. It can be connected to the computer for deeper analysis.

Electricity is one of the greatest inventions in the past century, and also a key component of the science syllabus from primary all the way to university. Learn more about circuits in this amazing toy. Suitable for lower primary onwards (Grade 1-3).