According to the official twitter account of the Heidelberg Laureate Forum, Sir Michael Atiyah will prove the Riemann Hypothesis during the talk on Monday Sept. 25.

Do check out our previous posts on the Riemann Hypothesis: 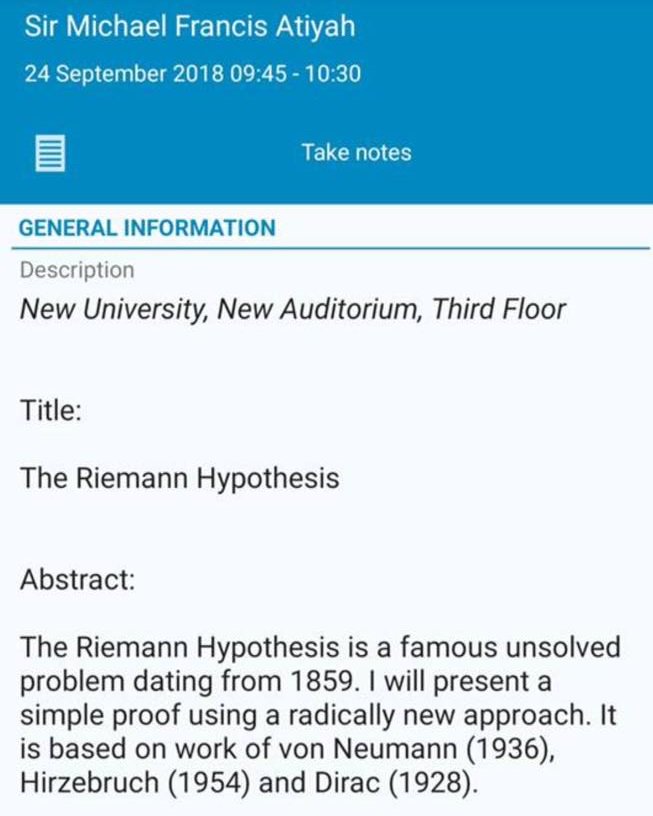