Students who have taken the H2 Math exam can actually estimate the cut-off point for ‘A’ grade quite well. Basically, the worked solutions are typically released by seniors/tutors, and students can estimate their own marks rather easily. Then, they can compare with their actual grade received.

Nevertheless, the above is just a poll, it may not be 100% accurate and it also depends on the difficulty of that year’s exam. An easier exam would naturally lead to a higher mark required for ‘A’ grade for H2 Maths.

Is there bell curve for ‘A’ levels?

This is a tricky question. The technically correct answer is that there is no bell curve, but there is a similar thing called “grade boundaries”. It is like certain schools saying that they have no Midyear Exam, but there is a “Block Test”. Read more about whether there is bell curve for ‘O’ and ‘A’ levels. 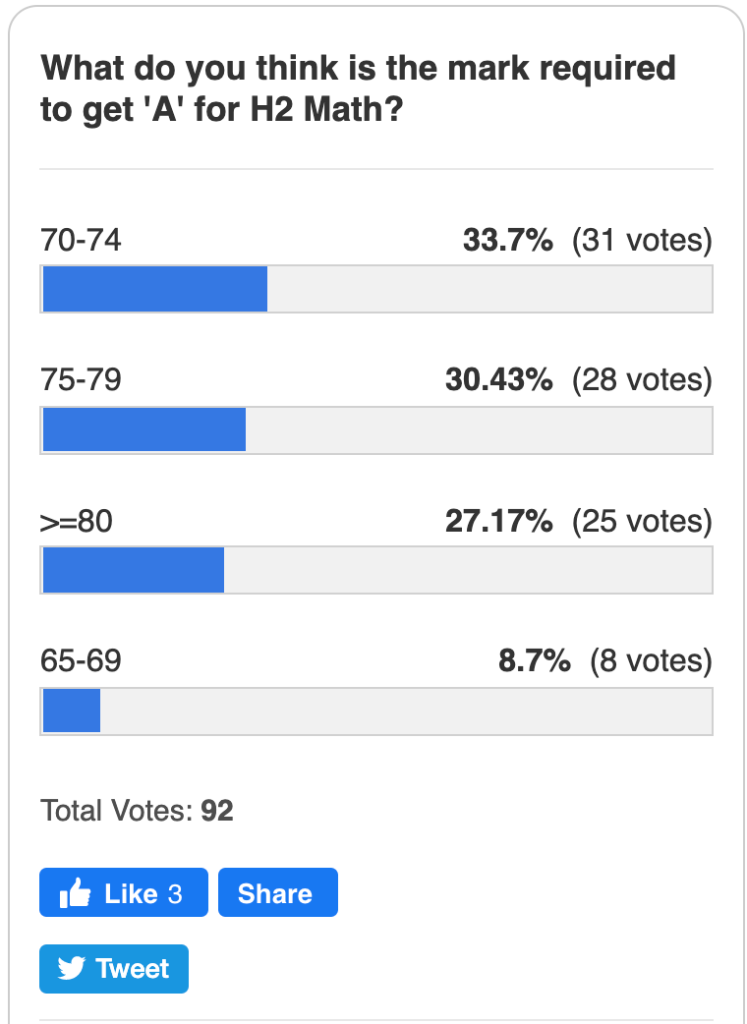