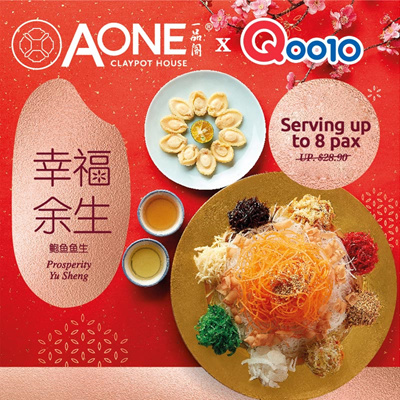 This is quite a good deal (top seller on Qoo10). A-One is a well-known Chinese restaurant famous for their claypot dishes. The list of ingredients is quite extensive as well (includes abalone).

Do read the 1859 mostly positive reviews before you make your final decision!

Happy Chinese New Year (Year of the Dog) to all readers of Mathtuition88!

The Mathematics of Chinese New Year (How to calculate its date)

If you are curious about the Mathematics behind the Chinese Calendar, do check out this website by Professor Helmer Aslaksen.

Excerpt: One rule of thumb is that Chinese New Year should be the new Moon closest to the beginning of spring (立春, lìchūn). This rule is correct most of the time, but it can fail if Lìchūn falls close to halfway between two new Moons. It failed in 1985 and will fail again in 2015. Since Lìchūn falls around February 4, this helps explain why Chinese New Year will always fall between January 21 and February 21. It also helps explain why Chinese New Year is called the spring festival. If you have a Western calendar that indicates the phases of the Moon, this will give you an approximation of the date of Chinese New Year. But notice that the Chinese calendar uses the time of new Moon in China.